As you follow David's journey in both the Human world and Fairyland, you'll have realised that Felixx becomes his guide (and in some way his confidante) in both. Felixx sometimes struggles with his role as he feels that at times, the weight of both worlds is on his shoulders - he has difficulty with some of the philosophies that humans and fairies adhere to, why he's been chosen for the role as David's guide and also, like David, at times thinks 'why me?' in a wider sense.

As a cat, Felixx is pleasantly surprised to find out that he has already gained some followers amongst those who have read David's story so far. He's also quite concerned that David has decided to start a blog which will involve a much wider group in the whole Fairy/Human interaction and as such, has now decided that he has no option but to continue to assist David in his relationship with those who read the story and get involved in the discussion. He feels that his work is never done.

His mantra and guiding principle is  Purrgito ergo sum 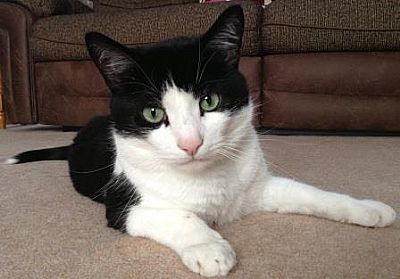